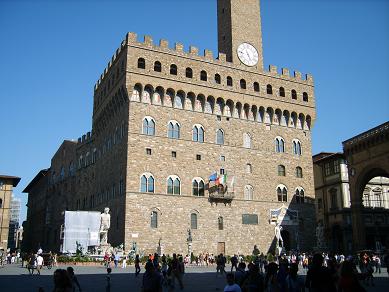 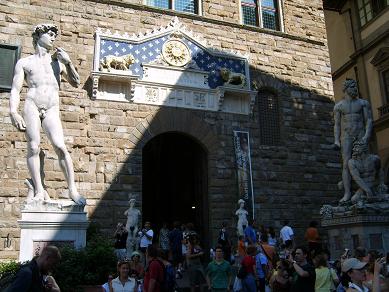 The sculptures of Hercules and a replica of David (from Michelangelo) are standing near the entrance of the palace. (The original David is in Galleria dell’Accademia). On the Piazza Della Signoria is also The Fountain of Neptune.

Location
Palazzo Vecchio faces the Piazza della Signoria and is next to the Uffizi Gallery. Distance to the Duomo is about 5 minutes walk and to the train station 15 minutes.